One of the world’s best-known buildings, The United States Capitol, at Washington, D.C., was the creation of a succession of architects who were almost all Freemasons.

Originally designed by William Thornton (1759-1828), the work was completed by Brother Benjamin Latrobe (a pupil of the English architect Samuel Pepys Cockerell, 1754-1827) who also redesigned it after the War of 1812. The flanking wings and the great dome were added later by Brother Thomas Ustick Walter.

The cornerstone of the U.S. Capitol Building was laid with Masonic Honors on September 18, 1793 under the auspices of theGrand Lodge of Maryland. At the ceremony, President George Washington presided. Worshipful Brother Washington was assisted by R.W. Bro. Joseph Clarke, Grand Master pro. tem. of Maryland, Wor. Elisha C. Dick, Master of Alexandria Lodge No. 22 of Virginia (Washington’s home Lodge) and Wor. Valentine Reintzel, Master of Lodge No. 9 of Maryland (now Potomac Lodge No. 5 of the District of Colombia).

Benjamin H. Latrobe (1764-1820) Sometimes called the «father of architecture in America.» b. May 1, 1764 in Yorkshire, England. Educated in the University of Leipsic and entered the Prussian army; was twice wounded. He returned to England, and, in 1789, was made surveyor of the public offices and engineer of London. He arrived at Norfolk, Virginia on May 20, 1796, and soon became an engineer of the James River and Appomattox Canal, building the penitentiary in Richmond, and many private mansions. He moved 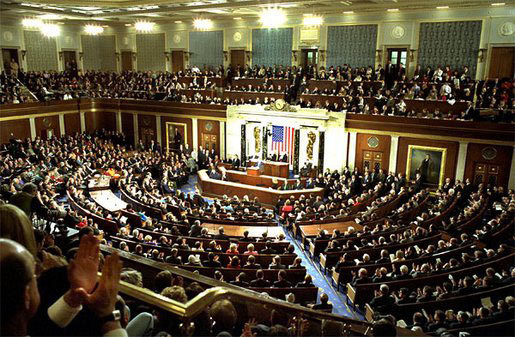 to Philadelphia in 1798, where he designed the Bank of Pennsylvania, Bank of the United States, and planned and installed the first water system in the United States. In Baltimore he was the architect of the Roman Catholic cathedral, and customs house. Jefferson appointed him surveyor of public buildings in 1802. He designed the south wing of the U.S. Capitol, made alterations in the White House, remodeled the patent office, and drew plans for the Marine Hospital. He also worked on the plans for the Chesapeake and Delaware Canal, residing alternately in New Castle and Wilmington until 1808, when he moved to Washington. In 1812 he went into partnership with Robert Fulton and Robert R. Livingston, to build steamboats for the navigation of the Upper Ohio River, but lost his fortune on the failure of the enterprise. After the destruction of the Capitol by the British in 1814, Latrobe was engaged to rebuild it (1815-1817). At the time of his death on September 3rd, 1820 he was engaged in the construction of a water system for New Orleans, La. He was initiated in the Lodge of Antiquity No. 2, London, in 1788. He served as Junior Warden of the same in 1789-90. In America he affiliated with Jerusalem Lodge No. 54, Richmond, Virginia.

Thomas U. Walter (1804-1887) Was the architect of the U.S. Capitol extension of 1851-65. He was born September 4th, 1804 in Philadelphia. Served his apprenticeship under William Strickland, the architect of the U.S. Mint, Philadelphia. He began his practice as an architect in 1830. While in Washington, D.C. he also designed the extensions of the patent office, treasury, post office buildings, the dome on the old capitol, the congressional library, and the government hospital for the insane. He was an original member of the American Institute of Architects and was president of the same at the time of his death on October 30, 1887. He was a member of Colombia Lodge No. 91, Philadelphia, Pa.

Thanksgiving 2022 Message for all Freemasons

9 things you didn’t know about Freemasonry

This website uses cookies to improve your experience while you navigate through the website. Out of these cookies, the cookies that are categorized as necessary are stored on your browser as they are essential for the working of basic functionalities of the website. We also use third-party cookies that help us analyze and understand how you use this website. These cookies will be stored in your browser only with your consent. You also have the option to opt-out of these cookies. But opting out of some of these cookies may have an effect on your browsing experience.
Necessary Siempre activado
Necessary cookies are absolutely essential for the website to function properly. This category only includes cookies that ensures basic functionalities and security features of the website. These cookies do not store any personal information.
Non-necessary
Any cookies that may not be particularly necessary for the website to function and is used specifically to collect user personal data via analytics, ads, other embedded contents are termed as non-necessary cookies. It is mandatory to procure user consent prior to running these cookies on your website.
GUARDAR Y ACEPTAR